Samna, the spectacular gastronomic space at Yod in the Ukrainian capital, by Experimenta.

The basement of a mansion, a legacy of imperial Russia in the heart of the Ukrainian capital, provided the ideal canvas for Yod, the design and architecture studio founded by Volodymyr Nepyivoda in 2004, for endowing Samna, an entirely overwhelming gastronomic space dedicated to Middle Eastern cuisine, with life and personality.

With a concise palette of colours, in which the characteristic ochre of self-patinating steel sets the tone, the creative team responsible for the project directed by Dmytro Bonesko set out the five main rooms in an establishment of 726 m² one by one. Impressive.

While respecting the imposing arcades, which sometimes were bare, at other times cemented, the contrasts were achieved with an impeccable selection of furniture and lighting to match.
One of the highlights in this spectacular restaurant is undoubtedly the elevated walkway that crosses the main vault from one side to the other. Unashamedly industrial, its crude steel plates are tempered by a delicate treatment with lights. Impeccable. 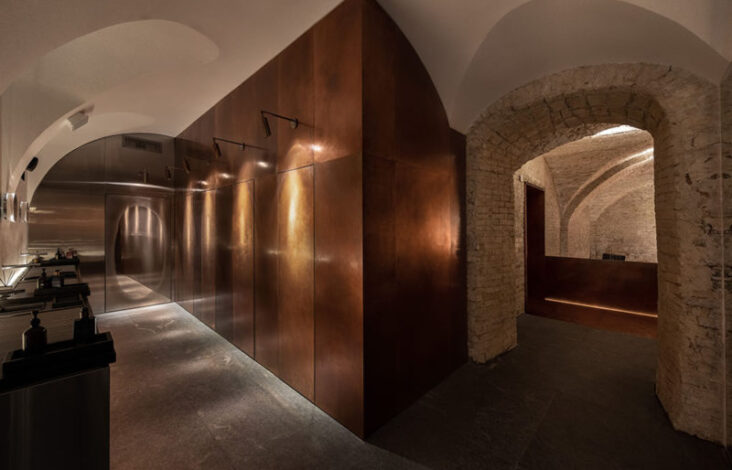 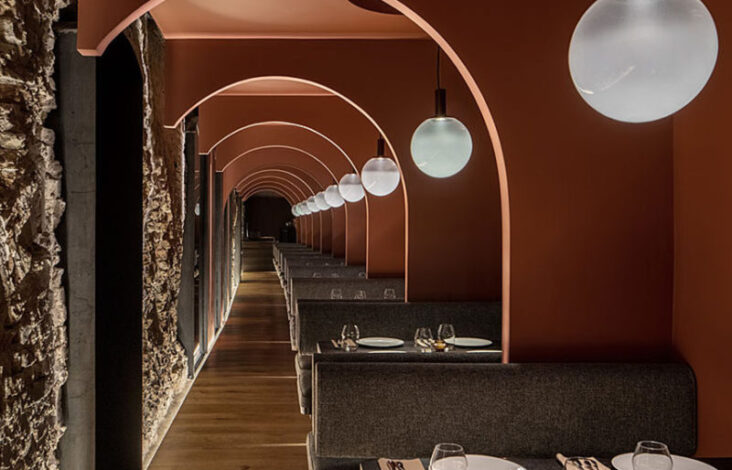 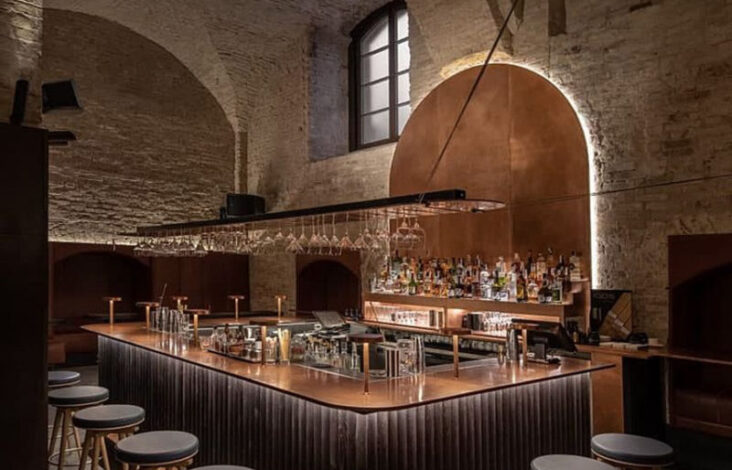